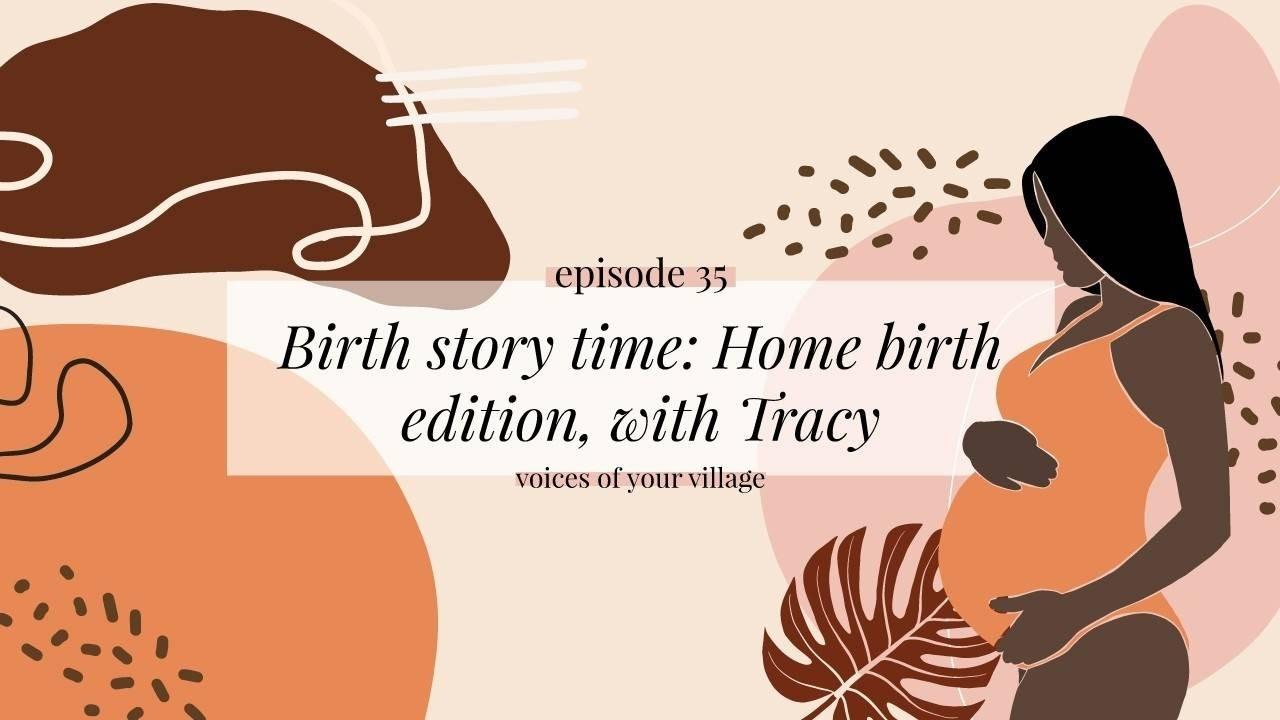 In today’s episode, I dove into Tracy’s homebirth story. Tracy is a blogger, stylist, and entrepreneur living in California with her husband and 10-month-old son. Tracy shares what led her to homebirth, the obstacles she faced,  and ultimately the peaceful and empowering birth of her son.

Tracy shares that before becoming pregnant, she associated birth with the hospital, but during her pregnancy, she began researching other options. She connected with other mamas on Instagram and began to feel drawn to homebirth. We touched on the logistics of finding a midwife and navigating insurance coverage and the discrepancies from state to state. In California, midwives are regulated and partially covered by insurance.

Tracy got real about the fear and judgment that came along with choosing homebirth. The fear that she would need to go to the hospital, that she would face judgment, or that something would go wrong and they wouldn’t be able to transfer in time. She shares about navigating family relationships with family members who were not supportive of her choice and keeping herself present and peace-filled despite societal and cultural fear-based birth dogma.

We also got to talk about the unique experience of birthing at home as a black woman. Tracy shares that the maternal mortality rates of black women were a source of fear for her. She also feared that if she was unable to birth at home and needed to transfer, that the backlash and shame would be harsher.

We got to dive more deeply into why Tracy chose to birth at home. The environment she wanted to cultivate, the emotional climate that was important to her, the relationship she desired to have with her provider, and the ways in which she felt the hospital would be unable to support those needs. She shares the deep relationship of trust and care that she developed with her midwife and how that influenced her birth and postpartum period.

Tracy also gets real about the reality of life postpartum. The pain, the bleeding, the breastfeeding difficulties, and the unfathomable exhaustion. She shares that there were times that she felt completely overwhelmed and felt like she was failing. We talked about how her relationship with her midwife influenced that time period for her, and how her midwife and husband supported her through the hardest days.

Tracy ended our chat by emphasizing the importance of family.  Family comes in many different forms. Who is in your family? Are you ready to build your village?