What can wrestling or rough & tumble play teach my child?, wIth Ross Thompson 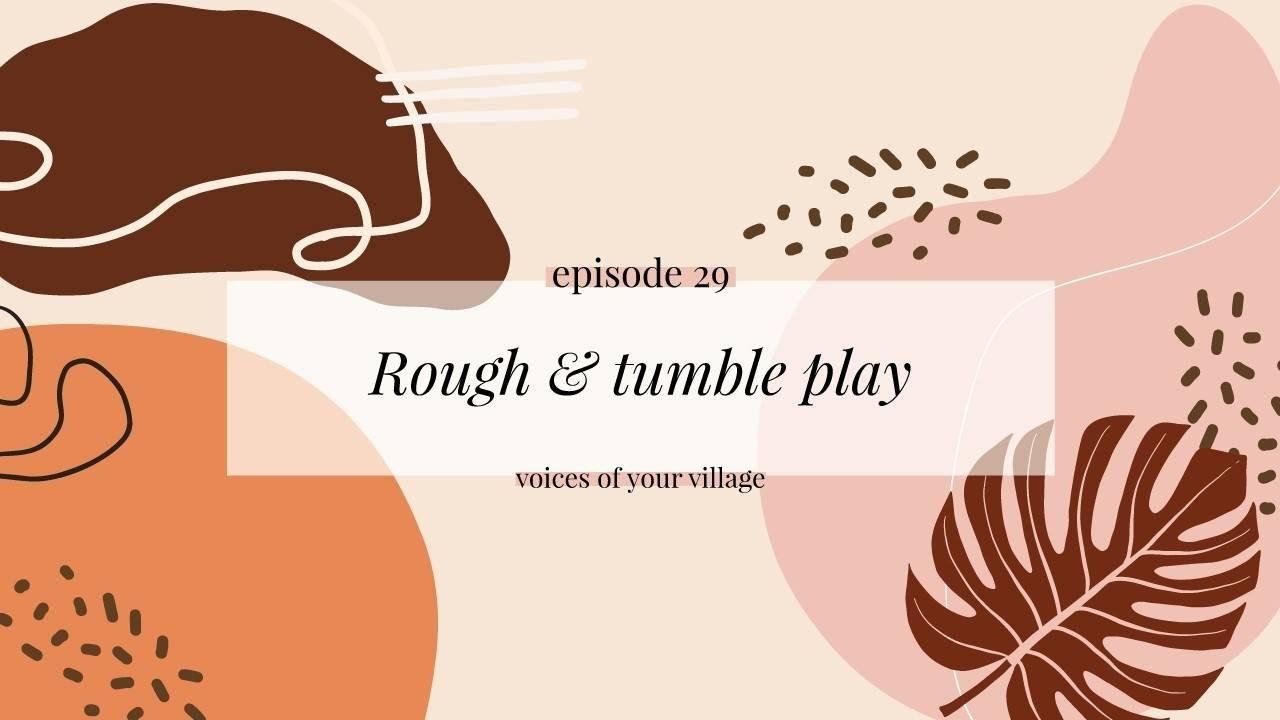 For today’s episode, I had the incredible opportunity to chat with Ross Thompson. Ross has been teaching 3,4, and 5-year-olds at the University of Minnesota for the past eleven years, while also leading undergraduate courses on cognitive language, creativity, and motor development in early childhood. Ross’s passion in early childhood development focuses on exploring how the physical body moves and how we then are able to learn through that movement. This Spring, Ross is opening his new early learning center in Savage, Minnesota. In his podcast, “Teaching With the Body in Mind” Ross focuses on moving to learn. The podcast stemmed from a Big Body: Rough and Tumble conversation group that first met at the national conference a couple of years ago, Ross hopes that through their podcast they can instruct more families and educators on why boisterous movement and play is so important in early childhood development.

“You can be sedentary, and not active, and still be part of the play.”

As we continued to chat, Ross opened up the world of Big Body Play for me by exploring the benefits that come along with physical movement and impact through play. Ross made it clear that Big Body Play is not simply wrestling or karate, but any movement that involves the entire body, including dance, yoga, and even tree climbing. Really any fully mentally immersive play is classified as Big Body, a factor not often examined in the common rough and tumble conversation.

“The most safe might not be the most fun, but what am I comfortable with?”

Ross acknowledges that this conversation about rough and tumble play is ongoing, he encourages educators and families to just be honest with themselves. As long as you are keeping tiny humans safe and healthy, while maintaining rules and expressing to them that you are there to help if need be, then go for big body play! But just because big body play, such as wrestling, can be empowering for some children it doesn’t mean that every family or classroom should start vigorously engaging in this degree of physically impactful play. If you, as a parent or educator, are not comfortable with the level of physicality in the play being had then the children will be able to tell you are uncomfortable. The most resourceful version of rough and tumble play comes with rules set by the educator and specified to the tiny human players. There’s no need to dive head first into Wrestlemania with your littles, comfort for all is key to growth!

“There are two sides of big body play. In order to be big and bold and strong, you need to ask, what does small feel like?”

As Ross shared, his comfort level with rough and tumble play is really high. As he was an active, physical, tiny human he easily recognizes that corporeally innovative impulse in the tiny humans in his classroom. Therefore, Ross’s approach to boundaries and rule-following of big body play is on the fly. By allowing the children to freestyle he is giving them space to grow confident in their bodies and newfound capabilities. While this learn-as-you-go approach works wonders in Ross’ classroom he is also mindful to create rules through conversation with his tiny humans. These rules are put into place using physically descriptive language, it is important for your littles to be given the vocabulary to differentiate between actions such as “touch” and “tackle.” The more accurately we are able to label our big body play, the freer our tiny humans will feel in exploring this world through purposeful movement.

“I’m a firm believer that there are no bad children.”

Teaching with the Body in Mind